🎧 MP3 - Audio streams (of the 4 videos) available after signing in. 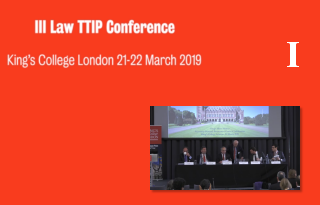 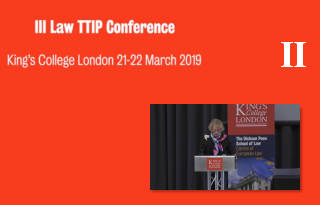 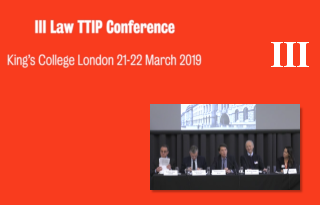 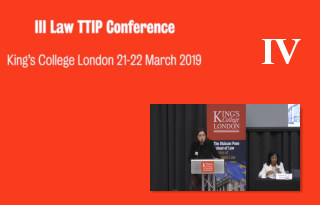 You need to sign in first to view the videos.

Part I (1h20m) - Professor Fausto Pocar's intervention questioned whether there is an "international" rule of law, David Brynmore Thomas QC touched upon investment tribunals'contribution to the protection of human rights and Ortino interestingly pointed out that the troubles that the WTO DSU is currently experiencing may have nothing to do with the DSU itself, but rather with the difficulty to reform the treaty obligations of the WTO.

Part III (1h12m) - After Koen Lenaerts' intervention Johnny Veeder refers at the EU and international lawyers' community as two "tribes" on two sides of a mountain, whilst Prof. Adam Lazowski, who has acted as adviser in the EU-Switzerland negotiations, gives an insight in the evolution and future of the proposed EU-Switzerland Framework Agreement and its dispute resolution mechanism.

Part IV (20m) - Baroness Falkner discusses dialogue in the future EU-UK relations - and advances some proposals for reform of the EU, causing some stir among EU lawyers and academics.

More information about the program in the flyer here (pdf): 20190321lawttip.pdf